A Study in Writing: Jack and the Cuckoo Heart

This week I wanted to discuss storytelling. Though this is in relation to a specific movie, this blog post is not a movie review. I merely seek to point out what I think went wrong with the movie’s narrative, character development, and overall unresolved details. Ready for a journey into the world of storytelling? I hope so. 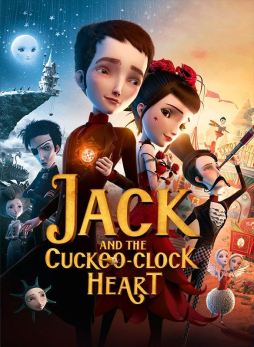 Jack and the Cuckoo Heart, based off a children’s book, follows the story of a boy whose frozen heart is replaced by a wooden clock at birth. At the beginning of the story the boy’s mother finds her way to the “witch” who lives on the top of the hill – actually a midwife – who manages to replace the boy’s frozen heart (no explanation given as to the reason why he has this heart) and give him a new one with the understanding that there are three rules he must follow to keep living: 1. Never touch the hands that work the clock. 2. Keep your temper. 3. Never fall in love. The midwife, Madeleine, is then left with the child after the mother disappears during the middle of the night.

Madeleine’s reasoning behind the three rules is never explained, nor is the fact that she drinks distilled tears and is unable to bear children. These are merely facts that are highly emphasized but never actually lead anywhere. I felt rather frustrated finishing this movie without any explanation of what these mysterious elements meant.

Ahem. Not that I care.

Jack, at the age of ten, finally accompanies Madeleine down to the town for the first time where we get another small scene where Madeleine’s reliance on distilled tears is again displayed (augh! more emphasis on a totally unimportant detail!). Jack meets a young girl in the square and immediately becomes infatuated. However, his clock starts smoking, he faints, and the girl runs away. After, he begs Madeleine to let him attend the school in town in the hopes that he can find the girl again. On arriving, however, he is confronted by a bully named Joe who also has a love for the mysterious girl – Miss Acacia as he calls her. For the next four years, Jack pines for the missing Miss Acacia and endures the never-ending torture from Joe and the other students about his clockwork heart. That is, until an accident with his heart makes the clock accidentally stab Joe in the eye. Frightened, he escapes with the help of Madeleine and eventually makes his way to Andalusia, Spain with the help of a young George Melies, whom he meets on the way.

Continuing on to mysterious carnival, he spies the object of his affections, Miss Acacia. Eager to spend time with her, he gets himself hired by the carnival’s owner and proceeds to attempt to befriend Miss Acacia. Unfortunately, her affections still belong to the boy she met in the square a long time ago, the one she had the misfortune to never really identify, due to the fact that she needs glasses (yet doesn’t wear them for the majority of the film?). After revealing himself to her, Jack and Acacia agree to escape the circus together and elope.

That is, until Joe the bully magically appears at the most inopportune time, convinces Acacia Jack is dangerous, reveals to her the three rules (how’d he know about those?), and maneuvers her into thinking she will be a murderess if she stays with Jack – a fact that is sort of true? He treats Acacia with great kindness and honestly leaves the scene having done no worse except ruin their plans. He informs Acacia on the carriage ride away that Madeleine has died in prison and Acacia runs back to Jack, suddenly realizing that she still has the key to his heart.

Jack is back at Edinburgh, dying of grief and no way to wind his heart. Acacia arrives, they kiss, he throws the key away, and oh, yes – dies. He dies. With no pomp, no indication, no earlier warning, he dies. Now, I’m not opposed to a main character dying – when it’s done right. But everything in this movie needs to be leading to the character’s death, or at least to the fact that he must die, that there is no way he can survive. In the movie, the character has a chance of survival, the girl he loves is right there waiting for him, and he chooses to die. This is a very unsympathetic, completely unexpected character death.

Now, that’s not to say I didn’t enjoy the film, in a very twisted, Tim Burton-y kind of way. It was actually entertaining. The real issue I have with the film is that everything is so unconnected and rather unresolved and does not wrap up in a satisfying way. So let’s breakdown everything I didn’t think made sense story-wise and what I feel could have been done better:

Ok, lets start with the beginning of the story. In fact, lets go back further. Madeleine is a very interesting character who seems as if she should have more to her story. Drinking distilled tears? Unable to have children? These are facts that are highly emphasized yet never really play out. Also, Joe the bully seems to have an uncanny knowledge of not only Madeleine’s powers but also Acacia’s never-explained and always-brief display of supernatural abilities. What was never given and what was sorely needed, was a backstory that wove all these characters, their knowledge, their powers, and their motivations together. Perhaps there was a whole group of these people with magic powers who were run out of town by people like, say, Joe’s family. However, perhaps he was fascinated by them and even learned about some of them (like Acacia and Madeleine for example). This would explain how he seems to understand how some things work, including Jack’s three rules. Madeleine’s powers might also benefit from a little backstory. Perhaps she feeds off of human emotion and never married because of her strange power/gift/attribute. This would help support and explain important plot points: Jack is the most important thing in the world to her, because he is the son she could never have. This also explains why she would drink distilled tears.

As for the main character, Jack is a purely unsympathetic character. Yes, he is likeable and perseveres, but he also allows himself to be bullied for four years all because of a girl he doesn’t really know. He gives away the secrets to his heart and never fights for what he believes in or holds dear – in other words, he’s a complete pushover. At the conclusion of the film, Jack dies not because he has no choice but because he chooses to give up. Despite the fact that Acacia returns to him and is willing to love him, despite the fact that he never will have to face Joe again (or so we hope), he gives up. He dies. Madeleine’s death has affected him that much? Maybe.

All I’m saying is, Jack and the Cuckoo Heart is an example of insufficient storytelling. Yes it’s entertaining at face value, but nothing is conclusive, no plot point is resolved completely. Our main character is sympathetic to the point of pitiable. His love interest is fickle and easily swayed. The only mildly interesting character dies without any measure of sadness or warning. I actually liked the “evil” character, or as we deemed him, “problem child.” The greatest lesson of this movie? Without strong motivation, well-connected plot-lines/devices, and a linear narrative, a movie upon critical examination will fall apart.

That’s all for today, I just wanted to take a moment to examine some storytelling that I feel could have been done better. But, as always, feel free to share your thoughts! Have you seen this film? Did you agree with my conclusions?

1 Response to A Study in Writing: Jack and the Cuckoo Heart